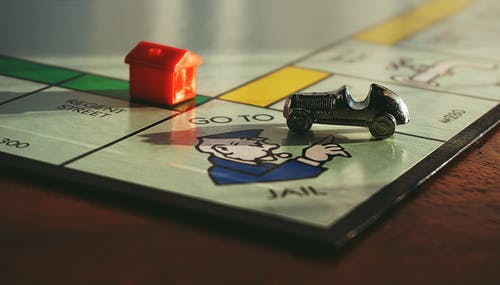 Bad things happen if you commit domestic family violence besides getting arrested. For a couple under stress, there is often a concurrent divorce or protective order application filed. Often, there is an Emergency Protective Order entered by the magistrate at the jail. This is sometimes followed by a more formal and adversarial Protective Order Hearing before a judge with jurisdiction over family law matters. Such matters are clear examples of collateral consequences in assault family violence cases.But wait. There’s more.

The Texas Code of the Criminal Procedure permits a magistrate to issue a protective order of 31 to 61 days’ duration on the court’s own motion or on the motion of a victim, prosecutor, guardian, or any peace officer. This order may be issued without any opportunity for an adversarial hearing only following an arrest for a family violence-related offense or a stalking offense. Even if this order conflicts with existing court orders, the conditions imposed under this Article prevail unless a court later enters a protective order the Texas Family Code. The Texas Code of the Criminal Procedure Protective Order supersedes the Emergency Protective order conditions, to the extent there is a conflict.

In a case where serious bodily injury is alleged or where a deadly weapon is alleged, an Emergency Protective Order must be issued by the magistrate prior to the defendant’s release from jail. A magistrate issuing this type order may also suspend the defendant’s permit to carry a concealed handgun. An alleged victim of “dating violence” can be granted such a protective order.

A person may apply for a Protective Order under the Texas Family Code. These applications are sometimes handled by a County or District Attorney’s Office but it is common for private attorneys to file these applications on behalf of their clients (usually in the context of a divorce proceeding). Under the Texas Family Code sets the prerequisites for the issuance of a Temporary Ex Parte Protective order:

The application must contain:

1. a detailed description of the facts and circumstances concerning the alleged family violence and the need for the immediate protective order; and

2. must be signed by each applicant under an oath that the facts and circumstances contained in the application are true …

The court must also find that there is a clear and present danger of family violence. In that case, a defendant may be excluded from his/her residence if the applicant appears to testify at the time the Temporary Ex Parte Protective Order is issued provided that the court finds:

2. the person to be excluded has, within 30 days, committed family violence against a member of the household; and

3. there is a clear and present danger that the person to be excluded is likely to commit family violence against a member of the household.

1. family violence has occurred; and

2. family violence is likely to occur in the future.

A finding of family violence and/or a conviction for assault/ family violence carries the collateral possibility of being convicted under either state or federal statutes prohibiting firearms possession in this context. One of the bad things happen if you commit domestic family violence is you can lose the right to possess or own a gun of any type.

Federal law provides that it shall be unlawful for any person who has been convicted in any court of a misdemeanor crime of domestic violence, to … possess … any firearm or ammunition.

1. the person was represented by counsel in the case, or knowingly and intelligently waived the right to counsel;

2. in the case of a prosecution for an offense described in this paragraph, for which a person was entitled to a jury trial in the jurisdiction in which the case was tried either: tried the case to a jury OR knowingly and intelligently waived the right to jury trial.

Protective Orders and Restraining Orders under the Texas Family Code may also invoke Federal law if possession of a firearm are subject to a court order that:

a. a finding that such person represents a credible threat to the physical safety of such intimate partner or child; or

b. by its terms explicitly prohibits the use, attempted use, or threatened use of physical force against such intimate partner or child that would reasonably be expected to cause bodily injury.

1. A person who has been convicted of an offense under Section 22.01, punishable as a Class A misdemeanor and involving a member of a person’s family or household, commits an offense if the person possesses a firearm before the fifth anniversary of the later of:

a. the date of the person’s release from confinement following conviction of the misdemeanor; or

b. the date of the person’s release from community supervision following conviction of the misdemeanor.

2. A person, other than a peace officer, … who is subject to an order issued under Texas Code of Criminal Procedure (emergency protective order) commits an offense if the person is in possession of a firearm after receiving notice of the order and before expiration of the order.

One of the bad things happen if you commit domestic family violence is you can lose the right to possess or own a gun of any type.

One of the bad things happen if you commit domestic family violence besides getting arrested is to lose custody of your children.  Texas Family Code outlines some important consequences upon a finding of a history of domestic violence” in a suit affecting the parent child relationship. Section 153.004 of the Texas Family Code provides, in pertinent part:

1. In determining whether to appoint a party as a sole or joint managing conservator, the court shall consider evidence of the intentional use of abusive physical force by a party against the party’s spouse, a parent of the child, or any person younger than 18 years of age, committed within a two-year period preceding the filing of the suit or during the pendency of the suit;

Additionally, the Texas Family Code also makes it clear that the court must deny access to a child to a parent who has a history or pattern of committing family violence during the two years preceding the date of the filing of the suit unless specific findings are made ensuring the protection of the child(ren). One of the bad things happen if you commit domestic family violence besides getting arrested is to lose custody of your children.

One of the bad things happen if you commit domestic family violence besides getting arrested is if you are an alien, you can be deported. For these purposes, convictions include a deferred adjudication sentence. Any alien convicted of violating a protective order is deportable, but there may be a limited exception if special language is used describing a nonviolent nature of the violation. In 1996, Congress changed the definition of conviction” to include the following wording: “If adjudication of guilt has been withheld where

1. the alien has entered a plea of guilty or nolo contendere or has admitted sufficient facts to warrant a finding of guilt, and

2. the judge has ordered some form of punishment. penalty, or restraint on the alien’s liberty to be imposed.

Bad Thing # 5: ALIMONY/MAINTENANCE IN A DIVORCE

One of the bad things happen if you commit domestic family violence besides getting arrested is you may be ordered to pay your spouse long term spousal support if there is a divorce. The Texas Family Code provides for the eligibility of a divorcing spouse to receive spousal maintenance. If the spouse from whom maintenance is requested was convicted of, or received deferred adjudication for. a criminal offense that also constitutes an act of family violence, the person’s spouse is eligible for spousal maintenance under this Section regardless of the length of the marriage.