Getting help for men in a Texas divorce is important 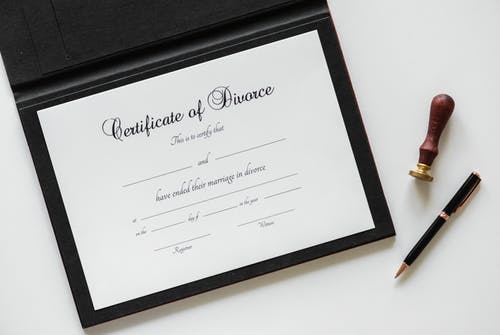 In even an “agreed” divorce, getting help for men in a Texas divorce is important.

You probably know of people who suffered the torments of hell going through divorce–and some who pulled it off without much fuss. Why are some divorces sensible and others catastrophic?

The answer depends on various factors, including the personalities of the people involved, the importance of what’s at stake, and sometimes on how much you rely on lawyers and courts to resolve troublesome issues. In general, the less you use the court, the less cost and heartache you’ll have — and in many cases, you’ll get a better final result. But how do you avoid courts and lawyers?

Make Divorce Decisions by Yourselves

In theory, at least, it’s simple: You usually do best if you and your spouse work out thorny issues together, perhaps with help from a neutral third person, such as a mediator. You keep control over such vital matters as how your children will be raised, what happens to the family home, and how your property will be divided. If you and your spouse can work these issues out yourselves — and many, if not most, couples can — you will save yourselves time, money, and anguish. More important, you will spare your children the ugly spectacle of extended parental fights, helping them come through the divorce as undamaged as possible.

If you are able to resolve the big questions of children, money, and property, you then just need to ask the court, in writing, to grant a divorce. In many states, you don’t even have to appear in court. Many courts now make it relatively easy for people to handle an uncontested divorce without a lawyer.

When you’re emotionally distraught or angry, turning all the details and hassle of a divorce over to a divorce lawyer may seem like a perfect solution. Unfortunately, it doesn’t always simplify things.

It’s all about the lawyer you hire, so it’s critically important that you find the right one. If you want a lawyer’s help but you still want to keep your divorce civil, make sure you hire a lawyer who will support that approach. When you interview lawyers you’re considering, ask them whether they feel favorable about negotiating a settlement rather than fighting it out in court. Lawyers operate under a prime directive: the zealous pursuit of their client’s interests. If you make sure to let the lawyer know that your interest is in an amicable divorce, then that’s what you should get.

Unfortunately, some lawyers make it a practice to be as aggressive as possible, and if your spouse finds a lawyer like that, you may have to fight fire with fire. In these cases, the battle can go on and on, intensifying in passion, until the clients run out of money and limp to the settlement table.

Worse, if there are children, the fight depletes not only your pocketbook, but also your children’s sense of security. Once the legal fight is over, trying to establish a normal ongoing parenting relationship between both parents and the children can be very difficult.

When a Divorcing Couple Can Use One Lawyer

Generally, one lawyer can’t work with both clients, because of the lawyer’s duty to represent every client zealously. But there’s an exception to the rule. Joint representation is allowed when both clients:

If a disagreement does arise, the lawyer ethically has to transfer at least one client to another lawyer. The lawyer may have to stop representing either spouse if he or she has learned things about the couple that make it unfair for that lawyer to continue to represent one of them.

Some family lawyers are trying a new method called “collaborative practice,” in which the clients and lawyers agree that they will not go to court but will share information voluntarily and work cooperatively toward a settlement. Collaborative lawyers will take cases only where the other spouse has also hired a collaborative lawyer, and the lawyers sign an agreement that, if the case can’t be settled, the parties have to hire another lawyer to do the litigation. This removes the lawyers’ financial incentive to go to court and encourages everyone to settle earlier.