How to Maintain a Good Relationship with Children after Divorce 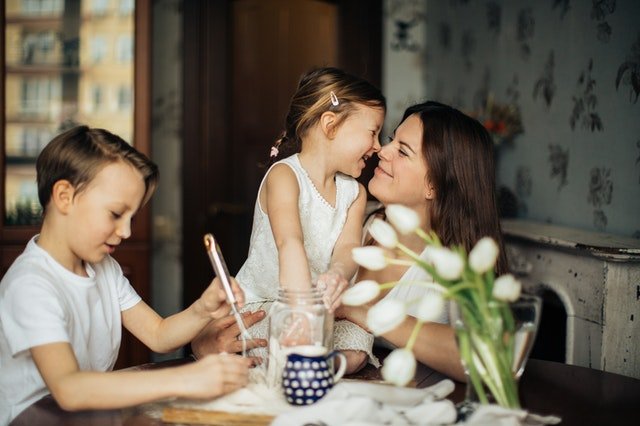 In the emotional and psychological rubble remaining after divorce, bruised parents often make bad decisions which can put a strain on their relationship with their children. Here are some common mistakes I see in divorces that make it hard for a parent to maintain a good relationship with their children after the divorce is over as well as some ideas on how to avoid these mistakes.

Do not Seek Revenge

It is easy to do something during and after the divorce process to get back at your ex-spouse for causing you pain. Although revenge may give you a few moments of satisfaction, it is not worth it in the long run. Doing things to get revenge on your ex-spouse can unintentionally involve the children, causing them to be confused or upset. For example, one may purposely drop the children off later than scheduled on visitation days. The children may have been having a great time with daddy until being dropped off to angry mommy. Sometimes children will misinterpret a parent’s behavior, believing it is them who caused their mother or father to be angry or upset. Children are incredibly impressionable, and it is important to teach them lessons of forgiveness rather than revenge.

Do not discuss money with your children.

Although you may spend a large portion of your well-earned paycheck on child support, don’t let the children become aware of this. If they ask you for something, don’t reply with I can’t afford that because I have to pay your mother/father to support you. This can cause the children to feel that it is their fault you do not have as much money as you wish. Instead, suggest to them that you will talk it over with their mother/father to see if it is something one or both of you could do.

Do not force the children to choose sides.

Make sure your children understand that the divorce is between you and your soon to be ex-spouse. Asking the child questions such as which house they prefer, who they want to be with, or who they are happier, can put an immense amount of pressure on them. This may cause them to become distant from you for fear of ruining one or the other’s relationship.

Don’t use the children to get more time with them.

A common mistake divorcees make is using their kids to get something from the other parent. For example, father tells his child, ask Mommy if you can stay with me for another couple of days so we can go the zoo, or I can only take you on a vacation if Mommy forfeits her child support money for that week. This can make the children angry with one party to the extent that they are let down by both parents.

Do not talk badly about your ex-spouse to your children.

Saying bad things about your ex-spouse to your children may cause them to resent you. No one wants to hear anyone saying anything negative about their parents. You may find that they come back at you, saying, Don’t say that about Daddy/Mommy!! If one child, for instance, is a Daddy’s Girl, and the mother is constantly bashing him, that child may end up completely resenting their mother. Shield your children from any hostility resulting from the divorce.

Do not listen to things your children say about your ex-spouse.

Do not question your children about your ex-spouse.

Trying to get information from children is a bad idea. Questions typically asked seem to be about the ex-spouse’s new partner, or how the other parent is spending money. Don’t stir the waters or your child may end up not wanting to talk to you at all.

Do not Miss Scheduled Visits.

It is important to show your children that even though a divorce will change the familial structure, you are still a reliable and steady parent. One of children’s biggest fears is that they will have no one to depend on, and that either or both of their parents will disappear. Make sure to be on time for plans and try your best not to cancel visits so that the children still have stability in their lives.

Do take any opportunity you can to be with your children.

If your ex-spouse has to work late or go on a business trip, take advantage of the opportunity to spend more time with your children. Don’t say you can’t watch them just to make things difficult on the other party. The ultimate goal in divorces with children should be to maintain a meaningful relationship with your children and to be the best parent that you can be. Rather than shuffle your child between babysitters and extended family, allow them to spend more one on one time with you, as this is much better for their wellbeing and mental stability.

Do be strong for your children.

Don’t let your children see your anger, resentment, pain, or confusion. Show them that you will be the best parent you can be regardless of whether you are married to their mother or father or not. Regardless of whether you are the majority timeshare parent, the time that you do spend with your children will mold them into the individuals they are going to be. Guide them to learn and grow into hard-working, successful, well-rounded individuals.