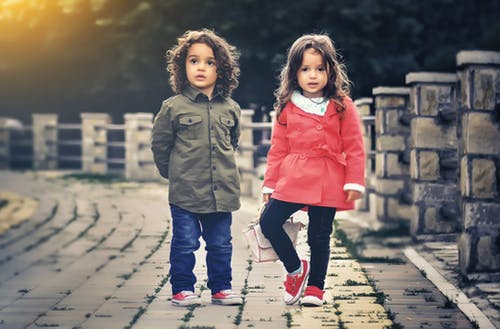 What children of divorce most want and need is to maintain healthy and strong relationships with both of their parents, and to be shielded from their parents’ conflicts. Some parents, however, in an effort to bolster their parental identity, create an expectation that children choose sides. In more extreme situations, they foster the child’s rejection of the other parent. In the most extreme cases, children are manipulated by one parent to hate the other, despite children’s innate desire to love and be loved by both their parents.

Parental alienation involves the programming of a child by one parent to denigrate the other targeted parent, in an effort to undermine and interfere with the child’s relationship with that parent, and is often a sign of a parent’s inability to separate from the couple conflict and focus on the needs of the child. Such denigration results in the child’s emotional rejection of the targeted parent, and the loss of a capable and loving parent from the life of the child. Children’s views of the targeted parent are almost exclusively negative, to the point that the parent is demonized and seen as evil.

There is now consensus that severe alienation is abusive to children, and it is a largely overlooked form of child abuse. The tactics of alienating parents are tantamount to extreme psychological maltreatment of children, including spurning, terrorizing, isolating, corrupting or exploiting, and denying emotional responsiveness.

For the child, parental alienation is a serious mental condition, based on a false belief that the alienated parent is a dangerous and unworthy parent. The severe effects of parental alienation on children are well-documented; low self esteem and self-hatred, lack of trust, depression, and substance abuse and other forms of addiction are widespread, as children lose the capacity to give and accept love from a parent. Self-hatred is particularly disturbing among affected children, as children internalize the hatred targeted toward the alienated parent, are led to believe that the alienated parent did not love or want them, and experience severe guilt related to betraying the alienated parent. Their depression is rooted is feelings of being unloved by one of their parents, and from separation from that parent, while being denied the opportunity to mourn the loss of the parent, or to even talk about the parent. Alienated children typically have conflicted or distant relationships with the alienating parent also, and are at high risk of becoming alienated from their own children.

Every child has a fundamental right and need for an unthreatened and loving relationship with both parents, and to be denied that right by one parent, without sufficient justification such as abuse or neglect, is in itself a form of child abuse. Since it is the child who is being violated by a parent’s alienating behaviors, it is the child who is being alienated from the other parent. Children who have undergone forced separation from one of their parents in the absence of abuse, including cases of parental alienation, are highly subject to post-traumatic stress, and reunification efforts in these cases should proceed carefully and with sensitivity. Research has shown that many alienated children can transform quickly from refusing or staunchly resisting the rejected parent to being able to show and receive love from that parent, followed by an equally swift shift back to the alienated position when back in the orbit of the alienating parent; alienated children seem to have a secret wish for someone to call their bluff, compelling them to reconnect with the parent they claim to hate. While children’s stated wishes regarding parental contact in contested custody should be considered, they should not be determinative, especially in suspected cases of alienation.

Hatred is not an emotion that comes naturally to a child; it has to be taught. A parent who would teach a child to hate or fear the other parent represents a grave and persistent danger to the mental and emotional health of that child. Alienated children are no less damaged than other child victims of extreme conflict, such as child soldiers and other abducted children, who identify with their tormentors to avoid pain and maintain a relationship with them, however abusive that relationship may be.