Divorce does not have to be nasty 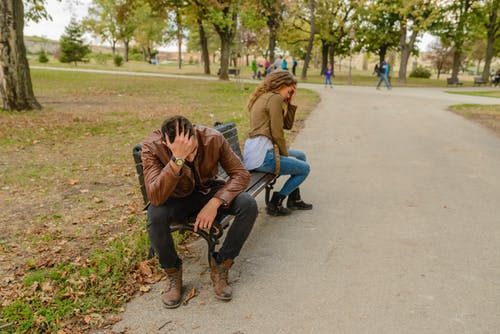 Divorce does not have to be nasty and perceptions that amicable separations are impossible are off the mark.

While disputes are almost always inevitable when a marriage comes to an end there is a lot of research showing the negative effect family conflict can have on children is finally sinking in with separating parents. But research is starting to show that people are listening and changes are starting to happen.  Divorce does not have to be nasty!

The best way to start is to reassure children that they did not cause a break-up. You’d be surprised at the number of kids who don’t actually ask if they caused the split, but in their head they’re upset and put a lot of pressure on themselves because they think they’re behind the break-up.

For one client, married 16 years, the concern for the well being of his daughters ensured the break-up was amicable. How did they do it? Counseling was a big help. Also, he and his ex-wife talked frequently about matters relating to their children.

While such arrangements were ideal, it is not going to work in all situations. Expecting to maintain a friendship, especially early on, is unrealistic. Initially you don’t feel like understanding, you’re deeply hurt. But perceptions that an amicable divorce is impossible are off the mark.

Two reasonable people can work with each other if they follow some relatively simple behavioral guidelines. All it takes is an open mind and a willingness to treat the other party’s concerns with respect and understanding.

It means being nice to your partner.

Divorcing spouses can beat the system by keeping some simple concepts in their minds.

It won’t kill you. Instead, it will work to your advantage. Being sensitive to your soon-to-be ex and to his or her settlement position cannot hurt you. As the old saying goes, you catch more flies with honey than with vinegar. No one has ever won an argument by arguing.

Second, listen to what your partner has to say, hear it, and respond carefully and tactfully. This is how salespeople make sales. Asking your spouse to give you something that they do not want to give you is no different than trying to make a sale.

This may seem difficult, but it is a lot easier than going to battle and then realizing that divorce wars do not pay. The only one doing the paying will be you.

Divorce is a difficult time. A time when you need your friends, people you can talk to. But remember, if you talk to them through social media, you may be also talking to you ex-spouse’s attorney. If you are considering divorce or have questions about the divorce process, speak with an experienced family law attorney.